The beginning of recorded history about Bethel goes back to 1683 when the Maryland Colony granted approximately 500 acres of land on the east side of the Nanticoke River and on the banks of Broad Creek to John Caldwell. This land and adjacent tracts went by many names; some of which were “Job’s Lot”, “Mitchell’s Harbor”, “Manlove’s Grove”, “Cedar Lot” and others.

Kendal Major Lewis sold to Bayard Moore about 40 acres in 1842, but excluded one-quarter acre for his family graveyard.(The Lewis Family graves are to be found today in the present Bethel M.E. Church Yard.)

Bayard Moore was the son of Mathias Moore who had a large family of children, grandchildren and great grand-children. This industrious family (his sons Bayard and Jonathon, his grandson J.M.C. Moore, his great-grandsons, John M.C., Moore and Capt. Orlando Moore) had a great deal to do with making Bethel a permanent settlement, especially in the ship building industry. Many other descendants currently remain in the area. 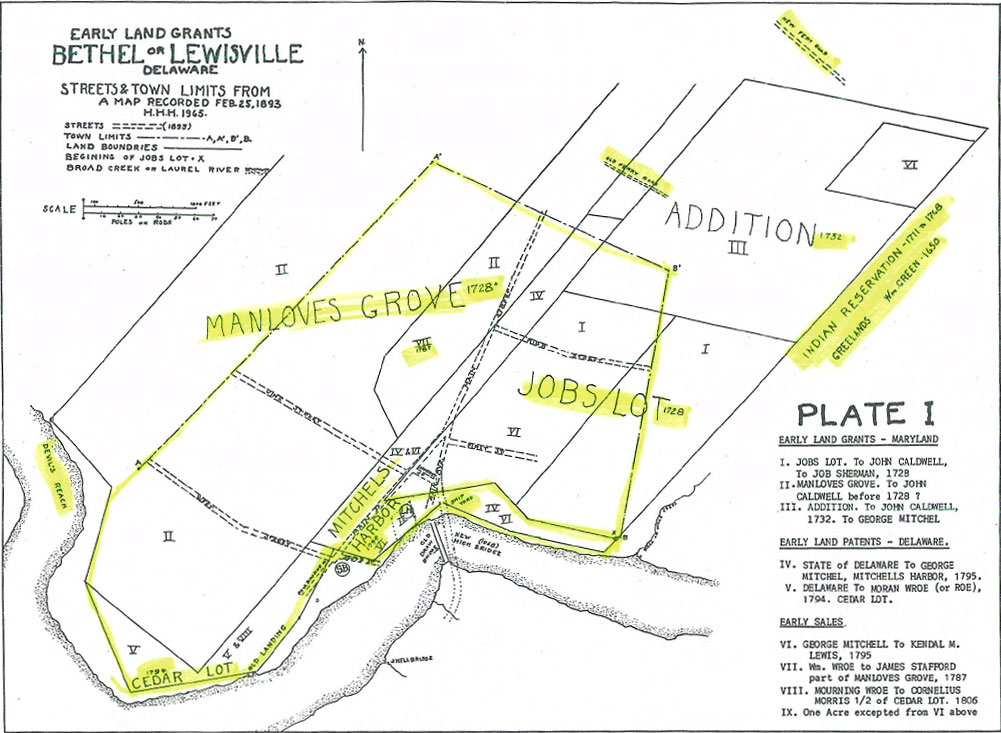 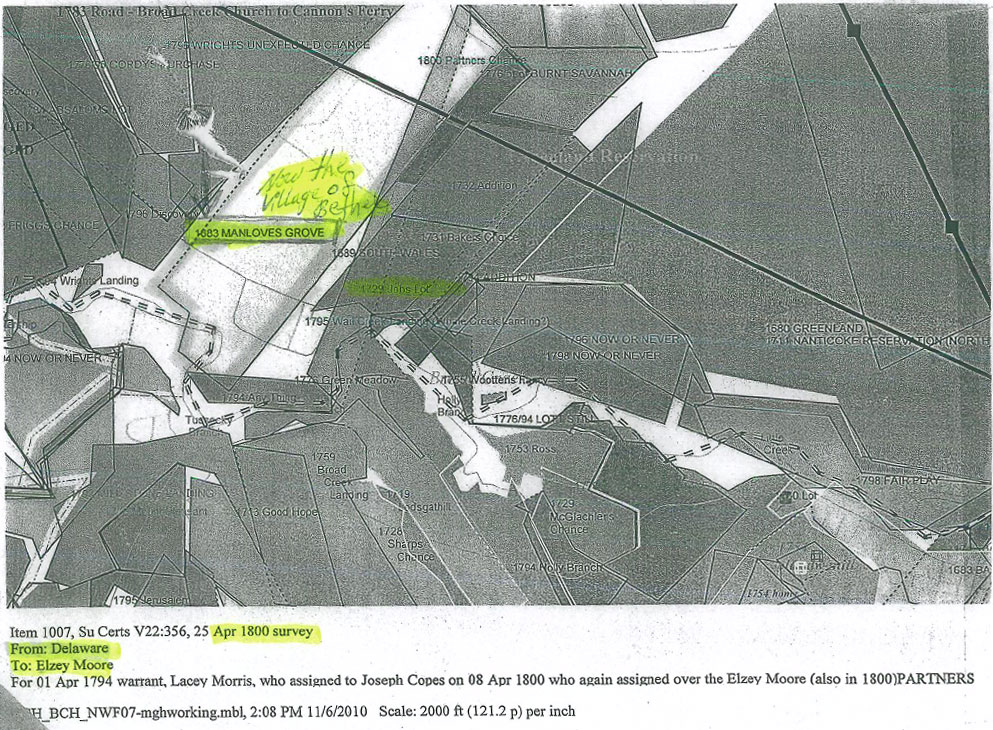